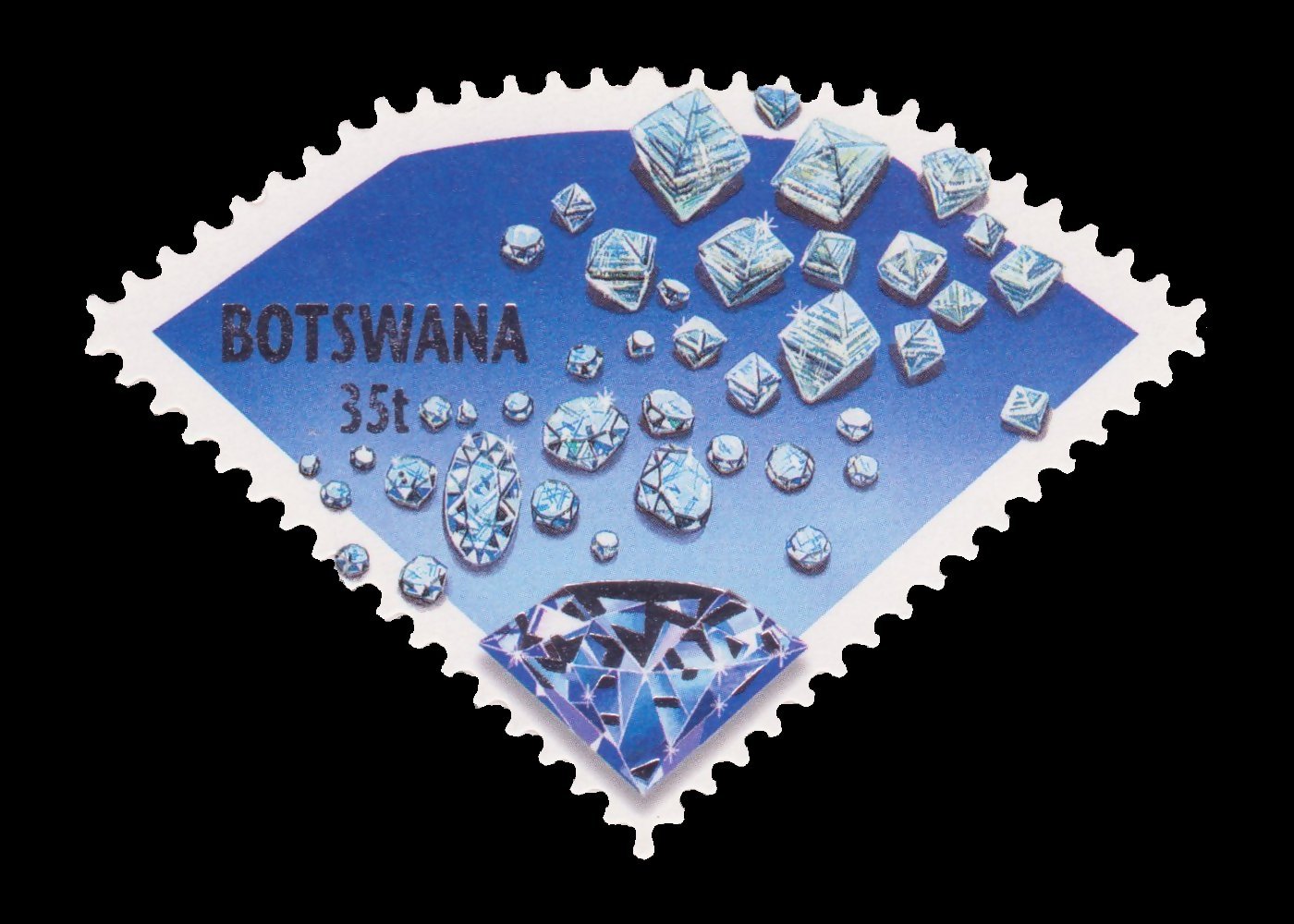 As of late 2013, De Beers the master of the diamond industry is finalizing its move from London to Gaborone the capital of Botswana. This move had been the culmination of constant negotiations between the diamond company and the African country that ended in a 10 year contract giving De Beers about 60% of Botswana’s diamonds in exchange for moving the entire headquarters to Gaborone where diamonds will not only be mined, they will be cut, polished, sold and inspected. Botswana now has direct access to the international diamond business. While the country contributed about 72% of De Beers total diamond production, it was simply used for extraction purposes and diamonds would make their way to London where the world’s diamond companies would congregate and do business. After the signing of the contract, the government of Botswana has the potential to make Gaborone bigger than Antwerp in the diamond industry.

Gaborone is currently a city of about 230,000 people in a country with an unemployment rate of about 18%. As De Beers relocates, 85 workers out of about 350 staffers will move to Botswana and more attention will come as over 100 diamantaires will travel to Gaborone 10 times a year. This puts enormous pressure on government of Botswana which currently owns 50% of Debswana, a diamond production company shared with De Beers. The increase in diamond industrial power is to bring hopeful Batswanas hungry for employment into the city as well as foreigners looking to invest in the new diamond capital of the world. Infrastructure is a key priority as the government expects growth. With 22 commercial internet service providers, 3 cell phone providers and extensive highway systems in addition to many other works, Botswana is confident in accommodating the growth that will follow the move of De Beers.

Since its independence in 1966 Botswana has been one of the most economically free states in Africa. In 1999 they ceased foreign exchange controls and have held a low corporate tax rate at about 15%. In addition to having an A2 credit rating by Moody’s the country is also a member of the Southern African Development Community which has adopted a trade protocol calling for non tariff barriers. The 2014 Index of Economic Freedom had ranked Botswana higher than the world average in regards to property freedom, combating corruption, and trade freedom.

The 2014 Index on Economic Freedom on Botswana can be found here http://www.heritage.org/index/pdf/2014/countries/botswana.pdf

The government has also been criticized for its forced removal of the San people from their ancestral homelands for the sake of land development. The government has claimed to provide the uprooted bushmen with schools, water supplies and health care services along with training to start small scale enterprises. The government says it intends to integrate the San communities into mainstream Batswana society and heighten their standard of living. While some still claim the removal of the San and other minority tribes has been for the sake of diamond mining former Batswana president Festus Mogae claimed the ancestral reserves are not commercially viable.

The economic issue Botswana faces is that it has a dependence on diamonds which account for 80% of exports and over 40% of the GDP. The intention of the government is to diversify its economy as diamonds are a finite luxury resource and very scarce. Botswana is to diamonds as Saudi Arabia is to oil, but unlike oil diamonds are not a necessity in the world economy which makes it more susceptible to fluctuations in global demand. Since the country will now be central in cutting, polishing, trading, marketing, and sorting diamonds it assures that it will remain lucrative after the major mines have closed. China is also 10% of De Beers’ global demand and with its ever increasing presence in Africa it is possible that Botswana will see an increase in Chinese consumer demand and investors.

Many in the world see the sub-Saharan African nations as being subject to foreign demands and manipulation. On first glance many assume De Beers or the U.K will secretly pull the strings in Botswana for the sake of making away with billions in African resources. In actuality this contract is the result of a developing country recognizing its sway over a lucrative industry and taking advantage. After years of negotiations, Botswana’s government has finally been able to secure a long lasting profit in a finite industry as diamonds are becoming increasingly more scarce. De Beers’ relocation will also affect how Africans and the rest of the world will see joint cooperation between a western corporation and an African nation. While frequently looked upon dubiously, contracts such the one between De Beers and Botswana will present the image of a new multilateral way of doing business in Africa and similar future contracts could be negotiated more easily.