A Free Trade Zone: An area created by nations to prompt investment. Investment is incentivized by establishing zones free of property and excise tax. In many cases, the land’s tax free nature continues in so long as the area maintains its free trade status. In the place of property taxes, some free trade zones will instead have a development tax meaning that when an individual or company purchases land, they will only receive tax until they begin development.

Free trade zones are a typical feature of developing countries with very high growth rates. The combination of a weaker indigenous currency with a high rate of growth can lead to a wise investment for those who have the means to purchase plots of land and wait for them to appreciate. Plots can be as cheap as $2,000 dollars and in a couple years time find their worth quadrupled. The land around the urban centers of many low income countries will soon be in very high demand. Lagos, Nigeria for example is overpopulated as it has a population of about 23 million people, but built to accommodate far less. The city is therefore in dire need of expansion. In the years to come, it promises to be one of the world’s biggest cities, and yet the city is not big enough to accommodate them all. In order to accommodate its booming population and solidify its position as the economic hub of Africa, Lagos is expanding into zones that are referred to in phases.

Lekki is the easternmost area of Lagos, but beyond that there is Lekki Phase 1, 2, and 3. Phase 3 and beyond belong in the Lekki Free Trade Zone. When one visits the area, it is unassuming with vast areas of green bush and red earth roads that lead to small villages, but periodically one will spot and green fence that seems to stretch for eternity. This fence belongs to the Dangote Group, which has reserved large areas for developmental projects that reach out into the sea and greet the eye with a row of cranes that rise out from the horizon. What is now the sleepy outskirts of Lagos will quickly appreciate in value for all those seeking to purchase land.

Above: A map of Lagos and the area of expansion including the Lekki Free Trade Zone. Mainland Lagos is not shown on the map. Agungi, and everything east of it, is where the city of Lagos will expand.

In many ways the purchase of vacant land in free trade zones, parallels the purchase of securities in that the general idea is to purchase land when it is cheap and wait patiently for it to appreciate and finally sell it to earn a profit. However, in many countries, less structure means more risk. One must be careful from whom the land is purchased as there can be overlapping claims. Using the previous example of Lagos, Nigeria, a private company can own the land for sale, which may over lap with the state’s interest which may also overlap with the authority of local chiefs and kings. China, which also has free trade zones known as “Special Economic Zones” are more restrictive due to the fact that it is still a communist state, prohibiting individuals or enterprises from owning land, instead, giving license for land use rights. Therefore one is undoubtedly required to practice due diligence in researching the respective country’s customs and nuances of doing business. They key features to look for in the purchase of land is: the deed (containing any signatures of potentially conflicting parties), a recording of title, and certificate of ownership.

Another opportunity that presents itself to investors interested in a start in development is the use of shipping containers to create a variety of structures. Shipping containers make a common appearance in every part of the globe. Vendors that have them for sale usually offer a crane and transport as well. Although not cheap, shipping containers are not expensive either. They generally range between USD $2,000 – 3,000, but with a piecemeal commitment, one can gradually turn shipping containers into sustainable structures for housing or business. Just like any venture however, one must do the appropriate amount of research. For instance, the climate and the land in which to build upon. If one purchases land with the intent of keeping and developing on it, another possibility is to lease one’s purchased land to a small business owner, or turn it into a small scale farm. Agriculture has been a crucial industry that has been pushed to the side by those seeking white collar careers. Many countries are in turn forced to import crops that they could produce themselves. In the large cities of the United States, there is a high income disparity and those at the bottom are forced to live in what is known as “food deserts” in which decently priced, healthy food options become less common. To counter this effect, some have turned small plots of land in urban areas into mini-farms to grow produce and sell it to the community. This is another option for one seeking to develop his or her land. Although one would need to hire experienced labor, the responsibilities could be delegated and one could see a quick return on investment. 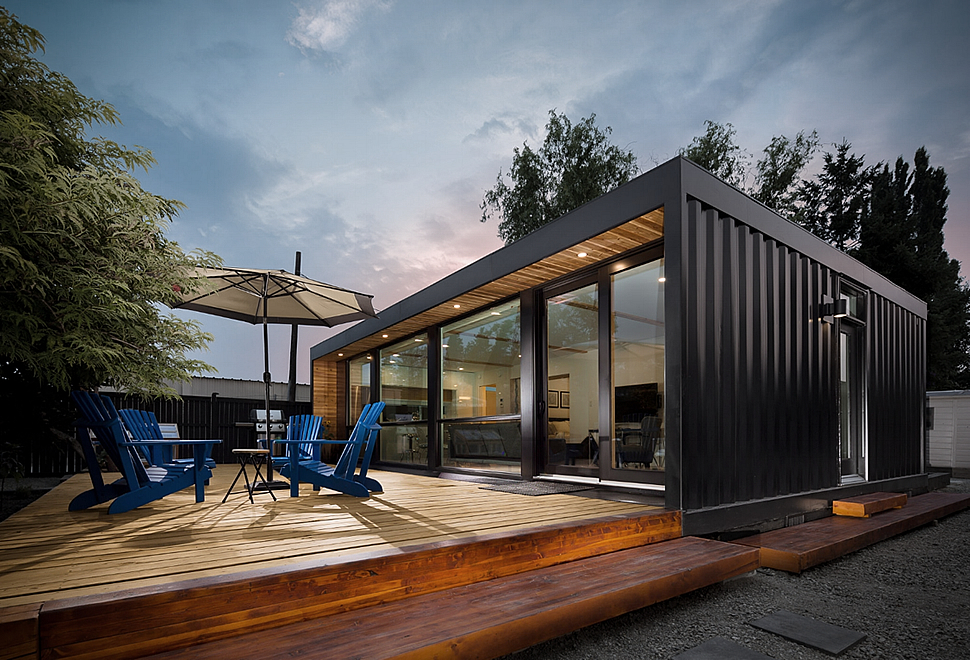 An example of a home built from shipping containers. 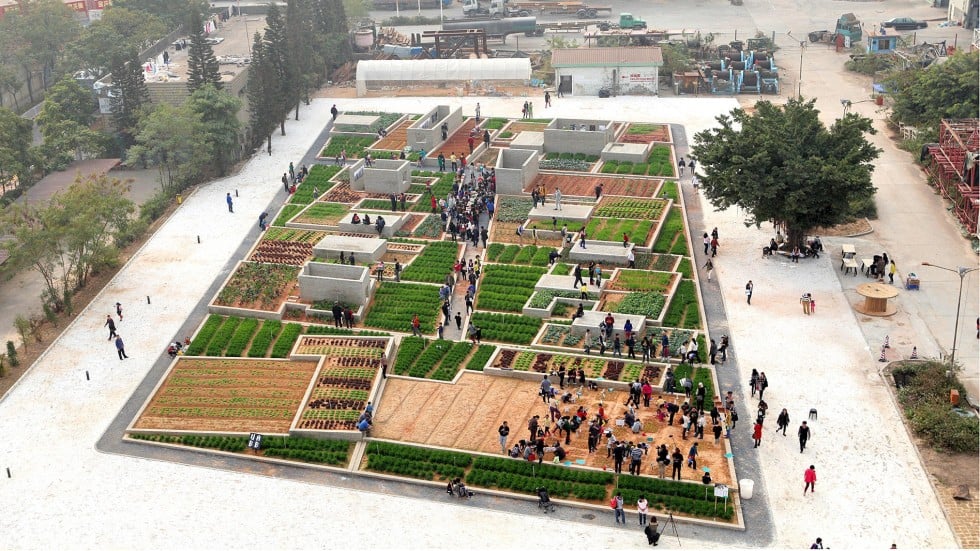 An urban farm in Shenzhen, China.

Nigeria has been but one example in finding a growing country with a free trade zone that has land available for purchase. A number of developing countries have similar offers. For instance, Saudi Arabia, and the Dominican Republic are two very different countries that are both exhibiting rapid growth and cheap land. However the trade off of this cheap land is that the process can frequently become convoluted due to weak infrastructure or corruption. Perhaps the most important point to recognize when purchasing abroad is to have connections in the respective country  for they are familiar with the formal and informal ways of doing business. Developing countries in particular rely heavily on a number of informal factors such as hiring individuals to protect one’s land and formal factors such as the respective laws.

While land appreciate very quickly in developing countries, developing a business requires experience, resources and funding. Generally speaking, for a new investor, one should focus primarily on buying land as it is, and not move to the developmental stage until he or she has the appropriate guidance and resources available. When one purchases land he or she should be sure to record said property with the state. This makes one’s deed publicly known to ensure that no one else can purchase the property. A deed alone is not enough. There are hundreds of examples of those holding only a deed, finding that their land had been sold from under them. This is true not only in the developing world, but even in the high income counties. By recording, one fully ensuring possession of the land. One should also be sure to only work with a company that is trustworthy. It is best to visit the country before making any purchase there. That way you can develop personal connections with potential partners and properly vet any agency you plan on working with, and learn the customs of doing business. This is particularly true in developing countries who have a formal system of law buried under a layer of chaos. Once one learns how to manage or avoid the chaos, business can become easy. After all, business itself is a universal language, and the ways of doing business around the world are merely dialects to this language.

Global Periphery works in helping individuals and businesses buy land and develop in Lagos, Nigeria. It works in part through a company known as EUC Homes through which some of Global Periphery’s own associates are also verified agents. If one is curious in developing, there are many opportunities to be discussed with the GP staff, but if one is interested in other parts of the world, he or she should do the research and try to find a connection in that country. Although GP does its land sales in Lagos, we also offer consultations to those curious on other parts of the world.

Regardless of whether or not one is a curious party, the amount of growth in the developing world more than doubles the growth rate of the United States, and this reflects the amount of new business coming into these countries. This brings a fortune not only available to the mogul or billionaire, but also to the ambitious upstart who looks for opportunity and strikes at the right moment. Opportunities for success do not necessarily come or go, instead they change their form as time continues. In the book Outliers by Malcolm Gladwell, he points out that the success of many of the world’s richest people is due in part to the timing in which they learned their trade or launched their business. So while the future may hold new unknown opportunities for success, today, there are countries in the developing world that are currently presenting the world with new opportunities. 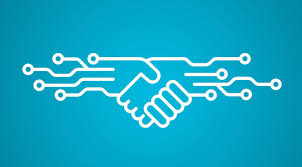 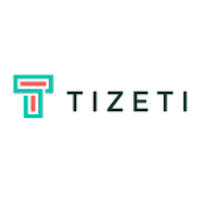